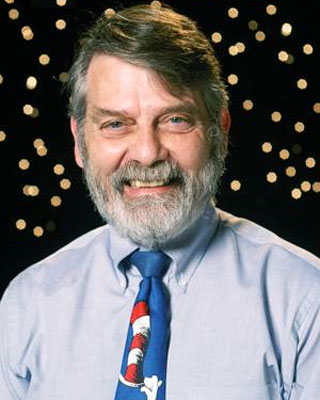 Professor harris is at the University of California San Diego where he teaches and conducts research on Digital Signal Processing and Communication Systems. He holds 40 patents on digital receiver and DSP technology and lectures throughout the world on DSP applications. He consults for organizations requiring high performance, cost effective DSP solutions. He has written some 260 journal and conference papers, the most well-known being his 1978 paper “On the use of Windows for Harmonic Analysis with the Discrete Fourier Transform”. He is the author of the book Multirate Signal Processing for Communication Systems and has contributed to several other DSP books. His special areas include Polyphase Filter Banks, Physical Layer Modem design, Synchronizing Digital Modems and Spectral Estimation He was the Technical and General Chair respectively of the 1990 and 1991 Asilomar Conference on Signals, Systems, and Computers, was Technical Chair of the 2003 Software Defined Radio Conference, of the 2006 Wireless Personal Multimedia Conference, of the DSP-2009, DSP-2013 Conferences and of the SDR-WinnComm 2015 Conference. He became a Fellow of the IEEE in 2003, cited for contributions of DSP to communications systems. In 2006 he received the Software Defined Radio Forum’s “Industry Achievement Award”. He received the DSP-2018 conference’s commemorative plaque with the citation: We wish to recognize and pay tribute to fred harris for his pioneering contributions to digital signal processing algorithmic design and implementation, and his visionary and distinguished service to the Signal Processing Community. The spelling of his name with all lower case letters is a source of distress for typists and spell checkers. A child at heart, he collects toy trains and old slide-rules.

Things We Should Not Do In Future Radios, (Future Designs Should Not Include Past Mistakes)

Wireless technology is a shining example of a disruptive innovation that has changed society in remarkable ways. The innovation has altered how people communicate, how people access information, how people are entertained, and how people conduct and schedule their social lives. Every human activity advances and grows through a number of influences. One is experience, one is market forces, another is effective education, and yet another is common wisdom. Common wisdom is entrenched perspectives and levels of understanding accepted by the community as guide posts of the process. In fact there are many examples to be found in the wireless community of common wisdom being faulty. Samuel Clemens’ comment “It ain’t what you don’t know that gets you in trouble, it’s what you know for sure that just ain’t so” The wireless community is not free of entrenched faulty common wisdom which is passed on to successive practitioners of the art. Universities are just as liable as industry for not examining and questioning common wisdom. In this presentation we examine the evolution of wireless technology from the early days through now and show how a number of wisdoms can be shown to not be wise but never-the-less have become entrenched in the fabric of our wireless technology

Recently, someone posted a question on a DSP blog I visit occasionally. How does one design a very narrow bandwidth low pass filter? One version of the problem is a filter with 10 Hz wide pass band, a 10 Hz wide transition band, and a 1 kHz sample rate. Stopband attenuation >80 dB with passband ripple <0.01 dB. This a very bad combination: low transition bandwidth with high sample rate! I think students post their homework problems on the blog so I seldom volunteer to do their homework. I did however read the many suggestions posted on the blog submitted by regular subscribers to the blog. They were interesting to read but nothing clever and of limited value. Some were just plain silly, but to quote a famous line, “who am I to judge?” The consensus was that some problems are hard and require lots of resources, this is one of them! All it takes is lots of filter coefficients and lots of multiply and adds. 405 taps seemed to be about the right number. When I read one suggestion from someone I know at Westminster University in London, I simply had to throw my hat in the ring. It then became a game: how small could you make the filter and still satisfy the specifications? For a week I submitted daily solutions requiring fewer and fewer coefficients. I started at 38 M&A per input sample and I stopped when I reached 6 M&A per input sample!